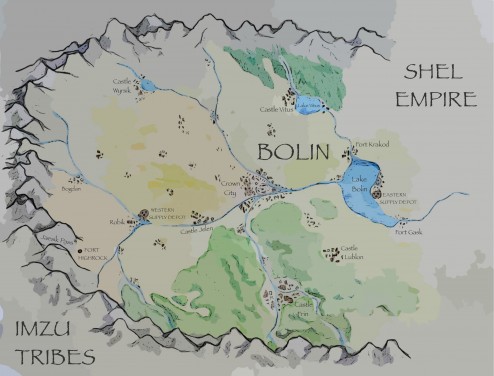 This is not your typical leadership fable. The leadership principles and practices have been tested in some of the biggest and best organizations in the world, from giant global companies to Silicon Valley-funded tech start-ups to international non-profits. But that’s not the really different part. (There are other leadership best-sellers who have a deep foundation.) The first real difference is that the action in this fable takes place in a fictional medieval kingdom, because everything is more fun with swords and horses. Second, the action of the story is real action, not an increase in stock price or a drop in employee morale. There are mysteries, ambushes and, of course, sword fights. Third, there isn’t a mentor who makes it easy for our heroes by scribbling on a napkin the three steps to great leadership. These two leaders have to figure out leadership while things go from bad to worse. And they don’t agree on what leading well means. So they learn their lessons the way a lot of us do: the hard way.

Once upon a time, two new leaders were determined to prove they had what it took to be a good leader. Then they discovered that leading well is harder than they thought, especially when your co-leader is wrong about what it means to lead well. And that was before they got ambushed. Not metaphorically. Ambush, as in surprise attack from an enemy army. That’s because this story happens in a fictional medieval kingdom and these two leaders are the military commanders of what was supposed to be a sleepy little fort.

The story is exciting all by itself. But there are deep insights and practical tips woven into each chapter. This is book is a case study on leadership, so to speak, with swords. There are also short debrief sections at the end of each chapter, to shine a light on what just happened, along with optional discussion questions for small groups who want to read though this book together.

In essence, this is an adventure novel fused with a leadership book that has group study elements sprinkled on top. If you want to take your leadership to the next level and enjoy an adventure story at the same time then this might be the most fun personal development book you’ve ever read.

After all, who says learning about leadership has to be boring?

If you want to talk about leadership, contact me anytime!